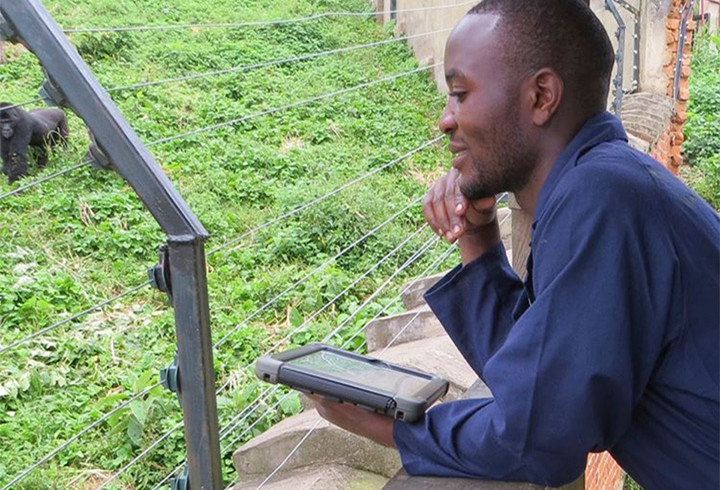 There has been quite a bit of research on gorillas in the past couple of decades. Observing them in the wild is very different from doing so at the zoo. By observing the gorillas in the wild we now know how to successfully create the best home for them in captivity. This means an enclosure where they are comfortable and able to reproduce without problems. Research also shows that gorillas are in danger of extinction if we don’t stop destroying their habitat.

The link between gorillas and humans is one that fascinates the world of science. The DNA of the two is very closely related. Even so close that we have to consider the fact that we may be a descendent of this animal. However, not everyone is willing to accept that type of theory – mainly because it makes them very uncomfortable, e.g. for religious reasons.

Through gorilla research we know that these are very intelligent animals. We know for example that they can learn various skills from older gorillas or from humans when they are in captivity. Additionally gorillas are able to adapt to different situations due to the way they are able to process information. In the wild gorillas use tools, but not as often as chimpanzees or orangutans. Gorillas use tools for protection and to open up shells of nuts. One of the first examples known of gorilla tool-use was observed in Congo (2005) where a gorilla used a stick to check the depth of a small lake.

Gorilla communication is complex, there is still much research needed to learn the gorilla language. They communicate through facial expressions, body language, sounds (whine, growl, happy grunting and barking) and smell. Gorillas even have a kind of baby talk. How do we know this? Because adult gorillas repeat more, when they communicate with young gorillas. This suggests that gorillas adjust their communication to their young. Just another wonderful example of how incredibly caring and loving gorillas are when dealing with their offspring.

What also fascinates researchers is that gorillas never sleep in the same nest twice. It isn’t known yet why this is other than the fact that they move for food so they will need a new resting place. But even when they nap during the day and then sleep in the same area at night, they will create a new nest each time.

Research has shown that gorillas are susceptible to a variety of different types of illnesses. This includes illnesses that humans are susceptible to, such as measles, viruses, and even various types of intestinal problems. While these problems can occur in the wild it is very important that people working with gorillas in captivity take caution. They need to make sure they are in good health themselves and do not share any germs with the gorillas. Pneumonia is another common health problem that needs to be closely watched with those in captivity.

Still a lot we don’t know…

There is still so much that we don’t know about gorillas though. Most of what we do know is through observations over the past 30 years in the wild of only one of the four gorilla subspecies, the mountain gorilla. So we still know very little about the other three subspecies. One of these subspecies is the western lowland gorilla, which can be seen in most European zoos.

Gorillas live in impenetrable tropical forest and swamp and move daily. The exact number of gorillas in the wild is therefore difficult to assess, but the numbers are very low. Except for mountain gorillas, which are intensively protected by organizations such as the Gorilla Doctors, the loss of habitat, hunting and disease are causing the number of gorillas to decline sharply. Conservation and scientific research are therefore inextricably linked. Through research, the conservationist can much better estimate the impact of his efforts. The researcher, in turn, benefits from a healthy gorilla population, free from threats that he / she can continue to investigate.