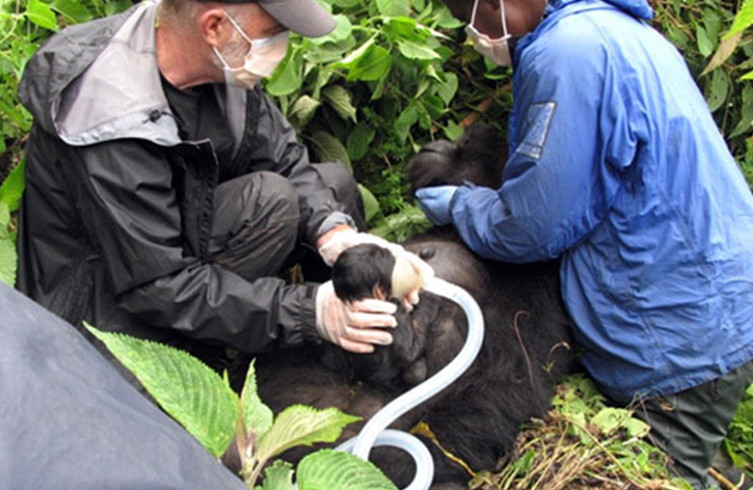 What is the explanation for this difference between the two groups? The habituated gorillas have benefited from “extreme conservation practices.” This includes, among others, veterinary care, provided by the organization Gorilla Doctors. Their “Saving a Species. One Gorilla at a Time” approach is responsible for 40% of the difference between the populations. The mountain gorillas have been given a real chance to survive as a species. To keep or improve this wonderful result the Gorilla Doctors should continue to receive support! Support for the daily challenges that come their way.

Gorilla Doctors – Saving a Species. One Gorilla at a Time

The International Gorilla Veterinary Doctors team provides hands-on medical care to sick and injured Grauer’s and mountain gorillas. These gorillas live in the national parks of Rwanda, Uganda and the Democratic Republic of Congo (DRC) in Central Africa. There are 1063 mountain gorillas, and the number of Grauer’s gorillas continues to decrease. The health and welfare of each individual is therefore of vital importance to the survival of the species. The team regularly monitors the health of the mountain and Grauer’s gorillas. An intervention is done to treat individuals with life-threatening illness or injury whenever possible. Gorilla Doctors also help to rescue orphaned gorillas from poachers and provide these orphans with the first medical care.

The Dutch Gorilla Foundation is very impressed by the medical approach of the Gorilla Doctors. This approach goes beyond the care for the mountain and Grauer’s gorillas in the wild. The Gorilla Doctors approach gorilla medicine from a “one health” perspective. This is a belief that the health of one species is inextricably linked to that of its entire ecosystem, including humans and other animal species. Research studies show that gorillas can become ill and even die as a result of coming into contact with germs transmitted by people and other animals. The relationship is dynamic, given the movements of people and animals in and out of the national parks, creating countless opportunities for disease exchange. Conservation workers and tourists spend time with habituated gorilla groups on a daily basis. Gorillas can also venture outside the national parks coming into contact with local people and their domestic animals. Gorilla Doctors cannot ensure the long-term health of mountain gorillas without addressing human and domestic animal health as well. 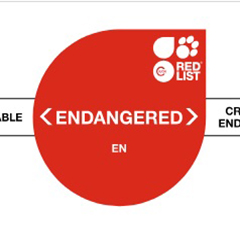 mountain gorillas left in the wild. Endangered according to the IUCN Red list.

of the mountain gorillas in Virunga are habituated for tourism and research. 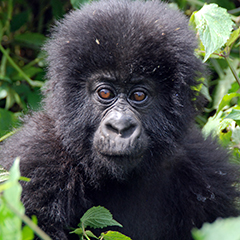 annual growth of the mountain gorilla population due to organisations like Gorilla Doctors. 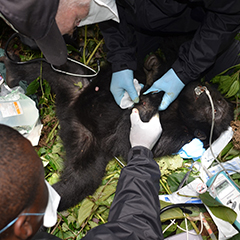 from Rwanda, Uganda, Congo, the Netherlands and the US are monitoring the health of the gorillas.

How does the Dutch Gorilla Foundation support the Gorilla Doctors? We provide donations for veterinary medical supplies. We are also looking for funding for:

Are you convinced and do you want to support the Gorilla Doctors? Click here!